Danny loves life. He has more reasons than most to be grateful for life. He loves all the things that enhance life: family, friends, sport, art and music. The partaking of sport is no longer an option but family and music are the love of his life.

From an incredibly tough childhood, he plucked gems of comfort through the heritage of his musician uncles. The brothers of his late dad who was killed in a submarine battle during the war. Danny's paternal family from the North East were miners and brass players and as a national service man, he too became a trombone player. The role of the trombone is still one of the elements that you can hear in Danny's bass playing. Of course his instantly recognisable sound and a lyrical approach to the middle of the range, which contributes an often more melodic or counter melodic line to the music. It is just one of the elements that makes his style unique.

As a man he is unique too. Dan is very worldly and has lived hard and fast and experienced both ends of the polar experience. He was lost for a while but he found his way out and without overstatement he brings these life elements to all the music that he plays. This, as he has always believed, is his true purpose in making music. He influences everyone who meets him by the breadth of his personality and is seen by most as at least an elder brother or the uncle you always wished you had.

It is reasonable to wonder how Danny has gained the reputation that he has until you look a little closer. He has been a bandleader, sideman, group member and composer. The range of music that his performances have graced is hard to believe. Working with the many true"Greats" of Blues, Jazz, Folk ,World and Popular music , how does Danny sit comfortably with them all?. A quick glance at the list of artists will convince anyone that the variety and diversity of performance and recording will be a lasting legacy that is unlikely ever to be equaled. The answer is of course in his identifying the essentials of his role. If the music is any good, you simply give it your best. Underpin the melody, enhance the rhythm and drive it on. It is impossible to play with Danny without experiencing how your music responds to him. If it is a rhythmic piece, it swings more. If it is a slow moody piece, his thoughtful deep somber bass tones add gravitas. If it is light and airy then Danny adds more fun. Whether it's with brow knotted in concentration or grinning from ear to ear, Danny is totally involved and we, whose music has been graced by his talent, are all massively grateful for his special contribution and musical personality that flows through his head, hands and heart. 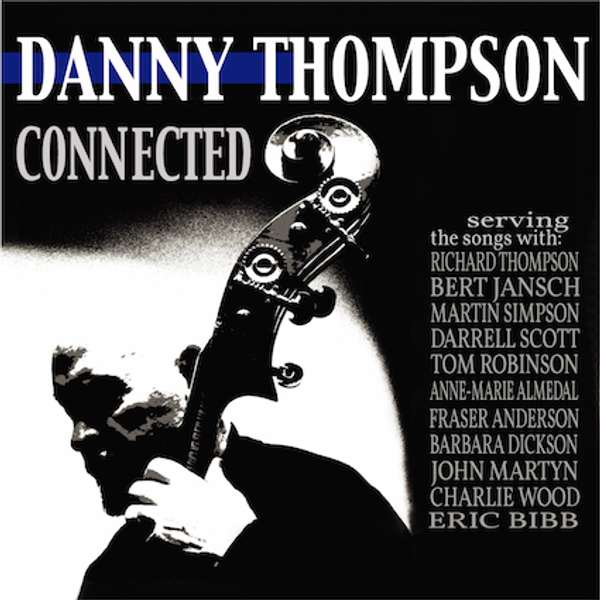 Unfortunately we are unable to ship items in a timely fashion due to the current situation with Covid in the UK. Please bear with us if it takes a few weeks to get your order to you. Contact info@crockfordmanagement.com if you have any queries.